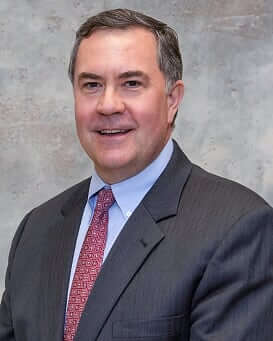 David Harris has over 30 years’ experience in management including 24 years in local government management. He has served Balcones Heights since 2014.  Throughout his career, he has served the following communities:  Alamo Heights, Schertz, Terrell Hills, Hill Country Village and Bexar County. Before receiving his MS in Urban Administration from Trinity University in San Antonio, he worked in the tourism industry with Holland America Line/Westours in Alaska and Washington State. In addition to his Master’s degree, he has a BA from Whitworth University in Spokane, WA and is a Credentialed Manager with the International City/County Management Association. He is a native San Antonian.

David is a Past President of the Texas City Management Association and is a member of the International City/County Management Association, International Hispanic Network, Government Finance Officers Association, and Secretary of Texas Municipal League Region 7. David is a Past President of the Alamo Heights Rotary Club.  In the past, he has been active with the New Braunfels Rotary Club, the Schertz Chamber of Commerce, the Schertz Sweetheart Court, the Fiesta San Antonio Commission Executive Committee and the Miss Fiesta San Antonio Scholarship Pageant.  He is the 1991 Champion of the Gray Line of Alaska Anchorage bus rodeo and the Second-Place winner of the 2016 VIA Metropolitan Transit "Celebrity Bus Roadeo."  He enjoys the outdoors, running, backpacking, skiing, and spending time with his family, particularly his two young nieces.

Coffee with a Cop
Whataburger, Thursday, May 19, 8-9 AM
https://bhtx.gov/city-services/city-news/coffee-cop